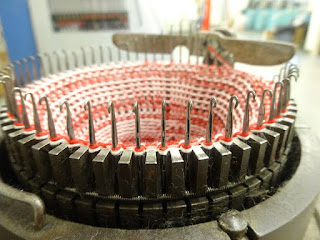 Needle
Important Things Of First Needle Point a principal element of the . Its help the yarn a loop. And by fabric are produce. yarn feeding the needle is raised to clear the old loop from the hook, and received the new loop above it on needle stem. The new loop is then enclosed needle hook needle starts to descend.Needles are important elements are and parts. 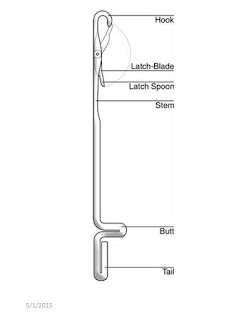 It constant of a hook portionand a latch reurn at certain distance from the need lemain needle needles are  of the cylinder.the latch swing freely stem straight portion with a protruding butt. Through the butt the reciprocating movement to the needles is given. The latch needles are self acting. and requires only previous loop on the stem and require any outside agency the hook. The swinging latch cup at its end and is riveted to the stem. Therefore. thickness of the needle reduced and hence these needles are coarser in dimensions than the bearded needles So Most Used and Knitting Garments Use to latch needle. 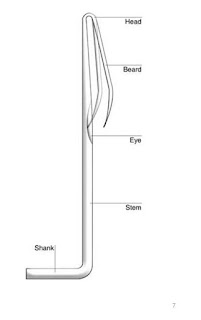 This needle consists ofa top hook curved downwards with a finished tip downward continuationis called beard. eye or groove is cut stem. to receive of the needle beard when closed. It require latch.  It requires additional element the needle wich by a presser. The bearded needle produces superior knitted stitches than the latch needle.This what Knitting use. 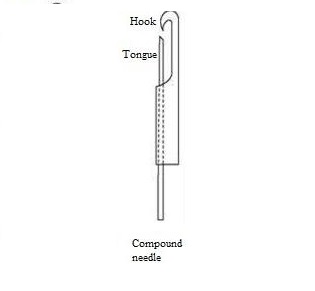 The presser required or open the beard length of the brard.
manufacture. the above difficulties. compound needles are developed. It consists ot a hollow steel tube of fine gauge a hook-closing element which a steel tube finer gauge. is inserted. To the tip of the upper element. a needle hook is arranged It claims of both bearded and latch types. no yarn strain and

Sinker
Sinker thin metal plate with action at right angles to and fro between adjoining needles. perform one or more of functions:
I. Loop formation
2. Holding down, and
3. Knocking over.
The main object of a sinker is the needles in loop formation by sinking or knitting the newly laid yams into a loop. these are elements and parts As its forward edges ofcatch [c] advantages between adjoining needles. bearded needle where as of Latch needles and warp knitting loop formation the function of sinkers. It also holds down the loops at a lower level of the needle stems and prevents the old loops from being lifted needles raise to clear them hooks. The third function knocking over at which the needle passes through the old loop by drawing loop.This used Knitting Function Flow disite this sinker

1.The held loop is positioned throat of the sinker when the sinker moves forward needle moves upward for clearing.

2. The sinker remains at its forw and position when the needle attains its clearing position.

3.  At this stage. sinkers retraction.fabric or held loop is eased out. Also the sinker belly supported or held loop and hence its movements along the needle is prevented.
4. Sinker remains in backward position needle descends to its lowest position draw ing the new loop through the old one.Srinker part important elements of
5. Before the needle ascends. the sinker moves forward to push the and to hoid the old loop of the needle and to be position .

Jack
Thejack secondary weft knitting elements. which ma} be provide versatility of latch needle selection and movement. placed below and same tricks needle
and has its own operating butt and ca system. The needle may thus be controlled directl) by its butt and cam system or indirectly by the movement of the jack.